Kalki’s teaser to be launched on Rajasekhar’s birthday
Published on Feb 3, 2019 8:32 pm IST 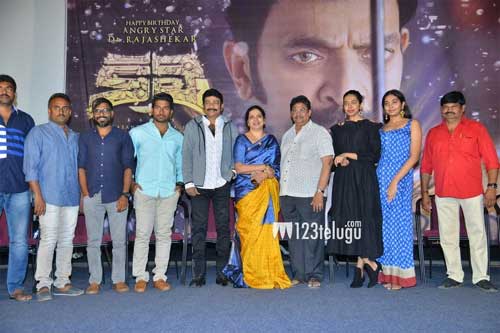 It’s well-known that senior hero Rajasekhar is currently working on a period investigative thriller, Kalki. Set in the 80s Telangana, the film is being directed by Awe fame Prasanth Varma and produced by C Kalyan.

Today, Kalki’s makers announced that the film’s teaser will be unveiled tomorrow (Feb 4), on the occasion of Rajasekhar’s birthday. Kalki’s next schedule will be held in Badami, parts of Karnataka and Tamil Nadu. About 70 percent of the shoot is complete so far.

Adah Sharma, Nandita Swetha and Scarlett Melish Wilson are the leading ladies in Kalki. The film’s release date will be announced in a month’s time.