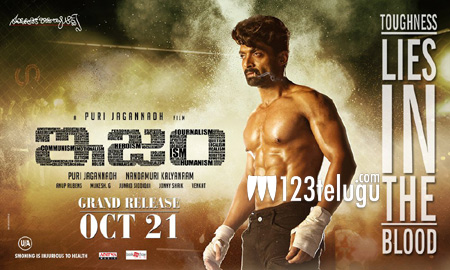 With only a day left to the release of ISM, the promotions of the film are on in full swing. Latest update reveals that the film is seeing a decent release which is Kalyan’s Ram biggest release till date.

Kalyan Ram and Puri Jagan’s combination is eagerly awaited and the social theme of the film has also caught on well with everyone. Aditi Arya plays the female lead in the film which is produced under NTR Arts banner.

Anup Rubens composes music for this film which also has Jagapathi Babu in an interesting role.