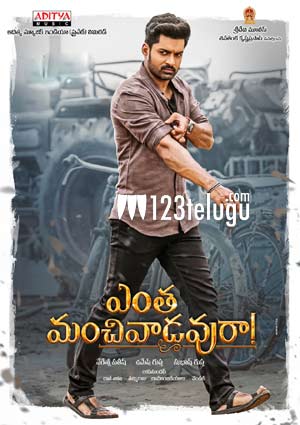 The makers of Nandamuri Kalyan Ram’s ongoing family entertainer, Entha Manchivaadavura, unveiled the film’s first look poster yesterday. The film is being directed by Satish Vegesna and Mehreen Pirzada is playing the female lead in it.

In a latest media interaction, Entha Manchivaadavura’s makers have announced that the film will be hitting theaters on January 15, as a Pongal special treat. The film will be locking horns with other biggies such as Sarileru Neekevvaru, Ala Vaikunthapuramulo and Darbar.

Entha Manchivaadavura’s Godavari schedule will be wrapped up by September 25. The unit will return to Hyderabad for the next schedule, which will take place between October 9 to 22. The final schedule will be held in Kerala in November. Aditya Music’s Subhash Gupta and Umesh Gupta and senior producer Sivalenka Krishna Prasad are jointly bankrolling the movie. Satish Vegesna is the director.