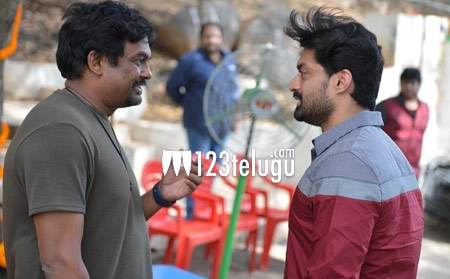 The official title of Nandamuri Kalyan Ram and Puri Jagan’s upcoming action entertainer will be revealed on July 4th evening. The first look of the film will be launched at that time on the eve of Kalyan Ram’s birthday, which falls on July 5th.

The title of the film will be revealed in the same poster. The movie’s shoot is progressing at a fast pace in and around Hyderabad and former Miss India Aditi Arya is the heroine in the film. Kalyan Ram is producing this big budget film on NTR Arts banner.

Anoop Rubens is composing the music for this project. The film is scheduled to hit the screens in end September.