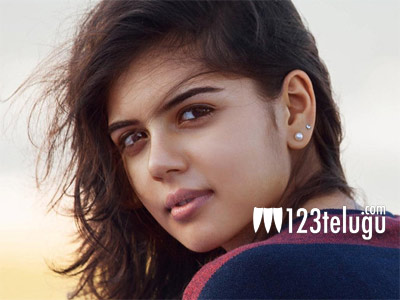 Kalyani Priyadarshan, who made her debut with Akhil’s Hello, is thrilled with the response that she has been getting for the film. Not just that, the actress also earned great reviews for her performance, and several people had been sending her tons of “I hate you” messages, much to her delight.

In the film, the phrase “I hate you” was used in a totally different context, where it is suggested that if you say that to someone, it means that you love them so much that it breaks your heart.

So, when Kalyani too began receiving such messages on social media, she took to Twitter to thank everyone saying, “Overwhelmed by all the kind words and ‘I hate you’s I’m receiving. Thank you all so so much! Wanted to say thanks to @Vikram_K_Kumar sir whose guidance made it possible…. sir… just like everyone else… ‘I hate you’ too 🤗 #Hello #workingstills.”

Directed by Vikram Kumar, the film had Akhil and Kalyani in lead roles. Nagarjuna produced the film under Annapurna Studios and Manam Enterprises banner. Anup Rubens had scored the music.