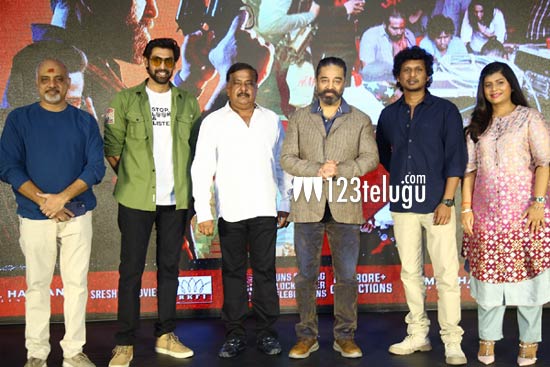 Vikram has become a big hit all over its areas of release. Nithin’s home banner has released the film in Telugu states and the film is seeing solid profits for producer Sudhakar Reddy and co.

The success meet was held today in Hyderabad and speaking at the occasion, Kamal said that without Sudhakar Reddy’s efforts and promotions, the film wouldn’t have become such a big hit.

Kamal also added that Lokesh has delivered such a nice product that everyone is enjoying the film so much in the theaters after a very long time. Rana was the chief guest and he too spoke high about Kamal Hassan and his body of work.