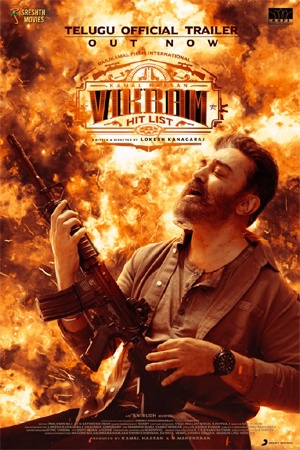 Legendary Tamil actor Kamal Haasan is eagerly awaiting the release of Vikram which is set to hit the big screens on the 3rd of June.

The grand pre-release event of Vikram was held in Hyderabad the other day and it was a gala affair. Speaking at the event, Kamal heaped praises on the Telugu audiences.

“I have done many Tamil films and a fair few of them have flopped. I only did a handful of Telugu films and the majority of them are box office hits. Such is the kind of adoration Telugu people have been showing me and I’m forever indebted to them. I am sure that Vikram will also greatly enthral you.” Kamal said at the event.