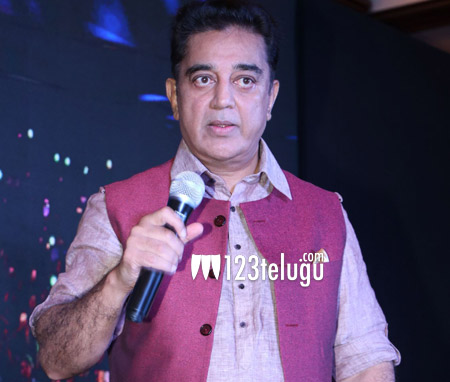 Legendary actor Kamal Haasan today launched the much-discussed app on the occasion of his 63rd birthday in Chennai. Kamal named the app as Maiam Whistle and said the app will act as a whistle-blower and expose corruption and social issues. Still in its beta stages, the Maiam Whistle app will be launched in a full-fledged manner in January.

Talking about his political party, Kamal said he needs to strengthen the foundation of his party before floating it officially, and hinted that the party may be launched in January. Kamal said he is going to tour entire Tamil Nadu before launching his party.

Reacting about the controversies around his recent ‘Hindu Terror’ comment, Kamal said he never meant to hurt Hindus’ sentiments and that he never used the word terror. Kamal explained he used the word ‘extreme’ and that it was misinterpreted.