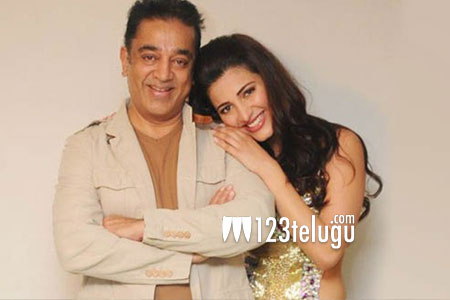 It is a known fact that legendary actor Kamal Haasan will act with his daughter Shruthi Haasan in the direction of TK Rajeev Kumar. Latest update reveals that the film will kick start on the 29th of April in Chennai.

As reported earlier, this yet untitled film is not a comedy but will be a serious film based on the father and daughter relationship. This film will be mostly shot in the US and will have music by Ilayaraja.

This is the first time that both Kamal and Shruthi will be sharing screen space together. More details about the film’s other cast and crew will be revealed soon.