We have already reported that Kangana Ranaut is doing a new movie under her home banner Manikarnika Films. Today, the actor took to her Instagram profile to announce something interesting about the movie.

The Queen actress’ new movie is titled Emergency and it was launched officially with a formal pooja ceremony. The actress has shared a pic on her Instagram Story to announce the same.

The interesting fact is the Dhaakad actress wields the megaphone again for this project which has Testuo Nagata’s cinematography and GV Prakash Kumar’s music. More details of the movie will be announced in the coming days. 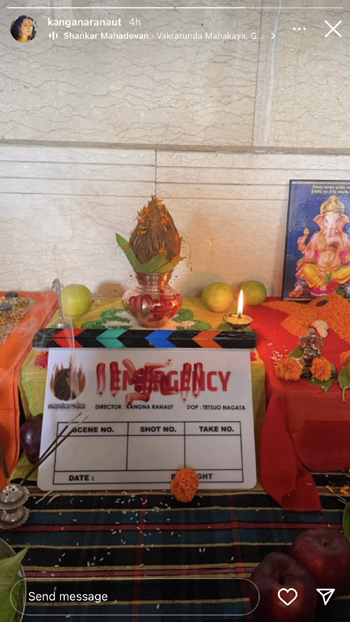