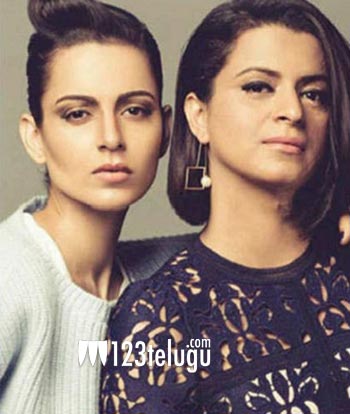 So much is going on regarding the Krish-Kangana controversy and after a long time, Krish has opened up and revealed that he has shot most of the film and not Kangana.

Krish in an interview says that he was hurt by Kangana in many ways and that is the reason he left the film. Reacting strong to his comments, Kangana’s sister Rangoli has responded in her own manner.

In her tweet she says Krish to calm down and let her sister enjoy the success of the film. Manikarnika is doing good business over the last two days.

@DirKrish chalo man liya you directed the whole film now please calm down, still Kangana is the leading face of the film let her enjoy this moment of her success and great appreciation, please leave her alone, we all believe you now please take a seat 🙏 https://t.co/rInLkrHreO