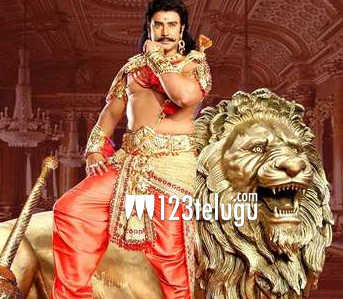 It’s turning out to be the season of period dramas and larger-than-life epics in Indian cinema. And the success of Baahubali has opened the flood-gates for more such films in almost every other language. While Sanjay Leela Bhansali’s Padmavati is expected to make a huge splash, Tamil film industry is better big on Sundar C’s Sangamithra, and there’s a Mohanlal-led Randamoozham, a version of Mahabharata from Bheema’s point of view, soon in the making in Malayalam.

Meanwhile, Kannada film industry too has set its eyes on this genre, and one of the upcoming films titled Muniratna Kurukshetra has got everyone talking about its scale and grandeur. Directed by Naganna, the film has Darshan playing the lead role as Duryodhana, and it also has a huge ensemble cast which includes actors like Ambareesh, Nikhil Kumar, Ravishankar, Sonu Sood, Arjun among several other actors.

Currently, the film is being shot in Ramoji Film City where a big battle sequence is being shot on the principal cast. Solomon, who had worked in the Baahubali team, is the action choreographer.