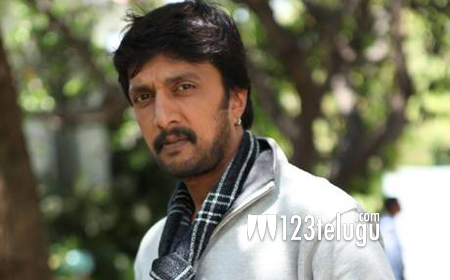 Kannada superstar Kiccha Sudeep is well-known to Telugu audiences thanks to the mega success of Eega and Baahubali The Beginning. In Baahubali’s first part, Sudeep played Aslam Khan, a Persian king who challenges Kattappa in a sword fight and later becomes his admirer.

In his only scene in the film’s first part, Sudeep ends his cameo by assuring his help to Kattappa anytime in the future. This led to several discussions that Sudeep will play a crucial role in Baahubali The Conclusion.

Replying to a fan’s question during his latest Twitter interaction, Sudeep said “I doubt if I’m a part of bahubali2….would have heard frm em by now…” Well, that clears the air for now.

I doubt if I'm a part of bahubali2….would have heard frm em by now… https://t.co/3IH7rUYscQ