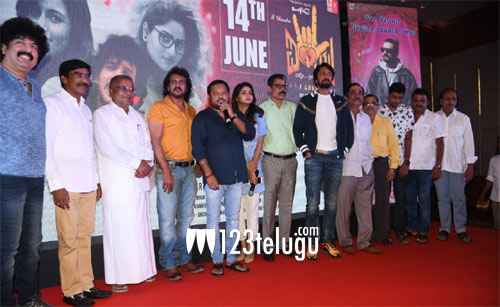 The pre-release event for Sandalwood superstar Upendra’s upcoming film, I Love You, will be held soon in Vizag. The film, touted as a wholesome family entertainer, is releasing on June 14 in Kannada and Telugu simultaneously. The makers are planning to release the film in a record 1,000 plus screens across the world.

I Love You’s release trailer was unveiled by another top Kannada star Kichcha Sudeep it Bengaluru on Monday. The Eega and Baahubali actor was in awe of Upendra’s amazing dances in the film’s first song. I Love You’s first trailer was released a couple of months ago and it clocked over 10 million views on YouTube. R Chandru has produced and directed the movie. Dimple Queen and Rachitha Ram are the female leads in the film.