Kantara releasing in another language on December 2nd
Published on Nov 24, 2022 7:30 pm IST 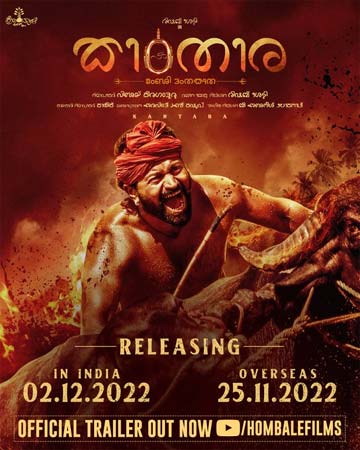 Rishab Shetty’s Kantara is a box office monster that collected more than 400 crores worldwide. After a phenomenal performance in theatres, this village drama is currently available for streaming on Prime Video in south Indian languages.

It looks like the box office destruction of the film is still on. As we reported earlier, the movie is now all set to release in the Tulu language. As per the details given by the makers, the Tulu version will be releasing on 2nd December in India.

However, the overseas audience can catch the film’s Tulu version from tomorrow. We need to see how much the film manages this language. Hombale Films bankrolled the project that has Sapthami Gowda as the female lead.