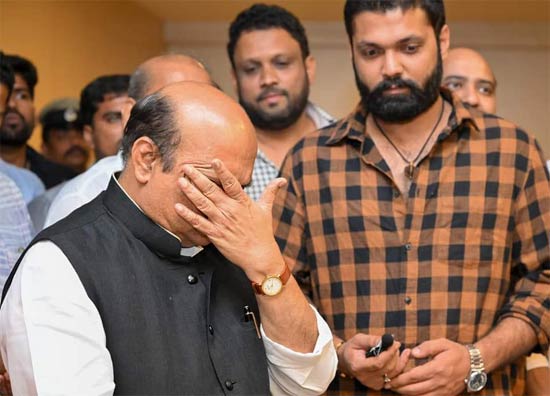 777 Charlie is a film that has received decent appreciation from one and all. The film is attracting dog lovers in particular and is going strong in Kannada.

Earlier today, the Karnataka CM, Basavaraj watched the film along with his team and wished the entire cast and crew. As he was talking to the press, he broke down heavily.

Going into detail, Basavaraj was a huge pet lover and lost his dog sometime back. As he loved the film big time, he could not hold his tears. Seen here in the picture is the CM along with the film’s main lead Rakshith Shetty.