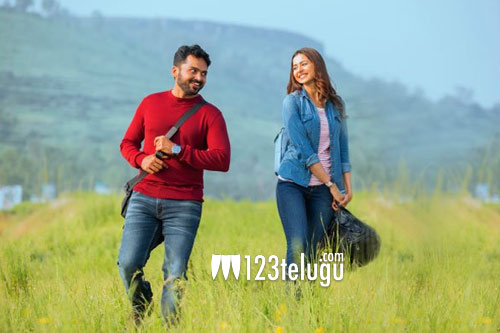 After the successful cop drama, Khakhee, Tamil star Karthi and actress Rakul Preet have joined forces yet again for a high budget romantic action thriller titled Dev. Made with a budget of over Rs 50 crore, Dev is said to be the most expensive project in Karthi’s career.

Dev’s Tamil version is dubbed in Telugu with the same title, and even the Telugu version is hitting screens on February 14 as a Valentine’s Day treat. Dev’s Telugu version has wrapped up its censor formalities yesterday and received a clean U certificate. The film’s runtime is about 158 minutes.