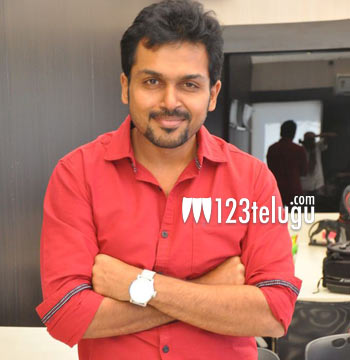 After tasting success with ‘Oopiri’ in Telugu, hero Karthi is getting ready to work in some more straight Telugu movies. He is currently listening to scripts and is in the process of finalising a few. According to reliable reports, Karthi is likely to announce his next venture in a few weeks.

The actor already has a base in Hyderabad and most of his Tamil films have released here, with decent success. Karthi’s brother Suriya also has a strong Telugu market and the brothers have always considered Hyderabad as a second home.

We will bring you more updates about Karthi’s upcoming projects soon.