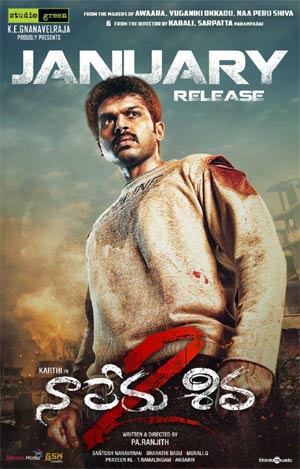 Kollywood actor, Karthi secured a huge hit in Telugu with Naa Peru Siva in 2010. The film is a dubbed version of Naan Mahan Alla produced by KE Gnanavel Raja under the banner Studio Green.

Now, the makers have planned to release the actor’s Tamil hit movie, Madras, released back in 2014, in Telugu.

The producers have titled the Telugu dubbed version as Naa Peru Siva 2. Studio Green is planning to release the movie in January 2022.

Directed by Pa Ranjith, the movie has Catherine Tresa and Kalaiyarasan in prominent roles. Santhosh Narayanan has scored the music for this movie.