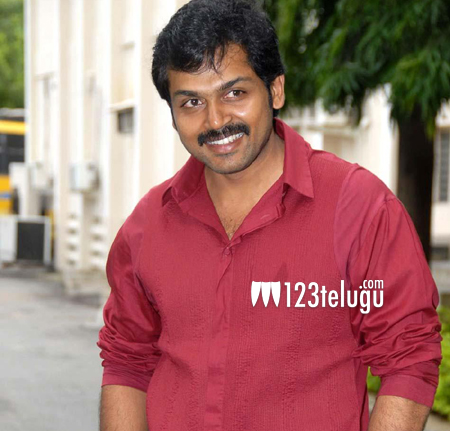 Some time back, we had revealed that Karthi has completed shooting for a super natural thriller Kaashmora. Latest update reveals that the makers have decided to release the film during Diwali.

Karthi will be seen in a completely different look in this film which is directed by Gokul. Kaashmora will also have Nayanthara and Sir Divya as the female leads.

Post the success of Oopiri, Karthi has changed gears and is doing an out and out horror flick.