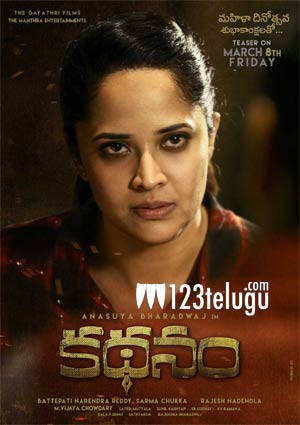 Happening actress, Anasuya is back with another film called Kathanam. The teaser of the film created a decent buzz but from there on, there was nothing much from the makers as the promotions were dull.

Now, the latest we hear is that the film will be out on the 9th of August. Dhanraj also plays key roles in the film which will is being directed by Rajesh Nadendla.

Anasuya plays the central role in this film which is a suspense thriller.