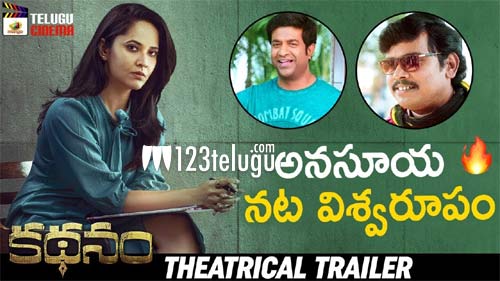 Kathanam is a film which Anasuya is banking heavily on as she plays the female lead. The film’s trailer was released today and the first impression we get is that the film is an out and out thriller with a murder mystery angle surrounded to it.

Anasuya is seen investigating the case and the proceedings look quite decent. Vennela Kishore is not showcased much which creates even more curiosity as of now. Dhanraj plays a key role in this film which will be out on the 9th of August.

The suspense thriller is directed by Rajesh Nadendla.