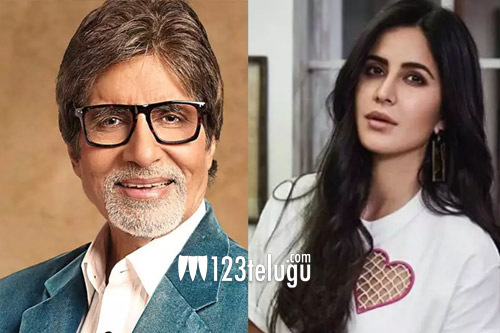 Katrina Kaif is on a roll these days. The actress launched her own make up line few months ago, and her upcoming film, Sooryavanshi is one of the most awaited films of the year. Now, she is all set to team up with Amitabh Bachchan for an upcoming Hindi film, as per the latest reports in Bollywood.

To be directed by Vikas Bahl, who had earlier made Queen and Super 30, the film is tentatively titled Deadly. The makers are trying to finalise the rest of the cast and crew, and start shoot as soon as the Coronavirus threat is mitigated.

Meanwhile, Amitabh Bachchan is said to be spending all his time at home and focusing on his health. The actor had cancelled a lot of shoots earlier this year, due to his ill-health and exhaustion.