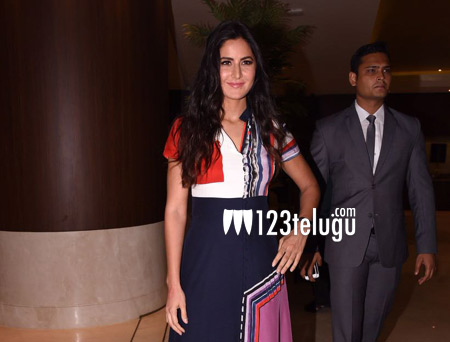 After the successful Telugu and Kannada SIIMA Awards, today is the turn of both Tamil and Malayalam awards. The entire film industry from the south is attending this event and to promote their latest film Jagga Jasoos, Ranbir Kapoor and Katrina Kaid have landed in Abu Dhabi.

Speaking at the occasion, Katrina revealed that she is very excited to be on a South Award shows as she has already done two Telugu films. When asked about her favorite Tamil star, Kat quickly replied that it is none other than Vikram as he looks quite handsome and is a superb actor.

Vikram has done Mani Rathnam’s Raavan in Hindi and is a pretty known face in Bollywood.