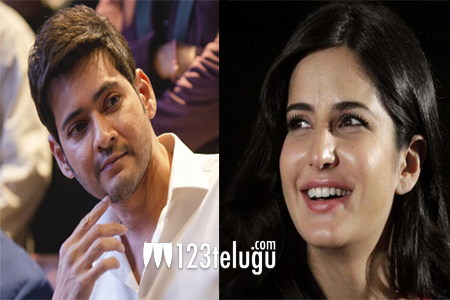 For a while now, buzz has been doing the rounds that Bollywood actress Katrina Kaif has been approached to play the lead role in actor Mahesh Babu’s next with director Sukumar.

The actress finally responded to it in an interview with a leading tabloid. Sharing that she hasn’t signed any film after Bollywood flick Bharat in which she costars with Salman Khan, Katrina said that she wasn’t even approached for the Mahesh Babu film.

It looks like it will be a longer wait to see if Katrina will ever return to Telugu filmdom.