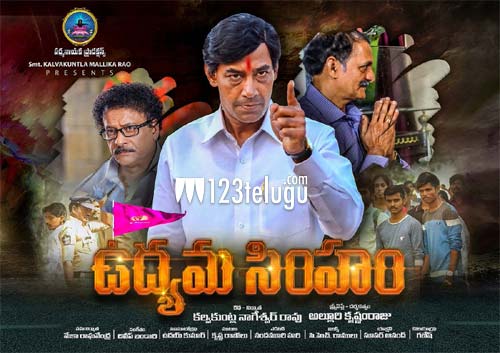 We had earlier reported that a biopic on Telangana CM KCR’s life journey is in the pipeline. The biopic, titled Udyama Simham, is fast finishing the post-production formalities. According to the latest updates, the makers are planning to release the film on March 29, two weeks before the general elections.

Udyama Simham primarily showcases how KCR spearheaded the separate Telangana movement. The film has debutant Natarajan reprising KCR’s role. Alluri Krishnam Raju has directed the film and Kalvakuntla Nageswara Rao has produced the film. It remains to be seen how Telangana people will receive the film.