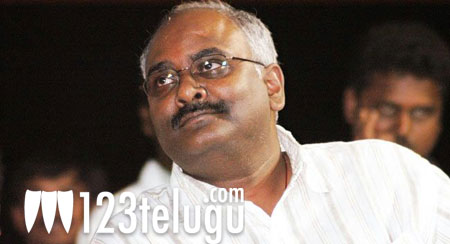 M M Keeravani is unarguably among the best music directors in Tollywood. In fact when it comes to grandeur in composing back ground score he ranks at the very top. A case in point is Magadheera. It took a superlative effort from Ilayaraja in SRR to match that. The ace music director points out that compared to the past the effort put in from a music perspective for today’s movies is much more even with the presence of sophisticated software. He recalled how he did the BG for Gharana Mogudu (arguably Chiranjeevi’s biggest hit) in a mere 4 days, and how the BG score for his son’s movie Magadheera took over 40 days. He says the present day music lovers are a well aware lot and it is a challenge for music directors to live up to their expectations. Keervani said his calendar entering into 2012 is pretty much packed with Rajamouli’s Eega, NTR’s Dammu, Nag’s Shiridi Sai and RaNa’s Krishnam Vande Jagadgurum.