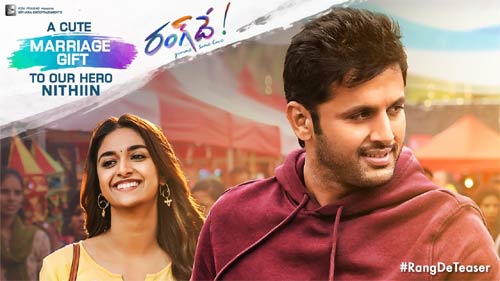 The makers of Nithiin and Keerthy Suresh’s upcoming romantic entertainer, Rang De, resumed the shoot after a gap of almost 6 months. Nithiin kick-started the shoot first by taking all the necessary safety precautions.

In a latest interview, Rang De director Venky Atluri revealed that the film’s leading lady Keerthy Suresh will be joining the shoot in a couple of days. Venky is still unsure about the planned foreign schedule, in which he was supposed to can a couple of songs, amid the pandemic scare. Naga Vamsi is bankrolling this project and legendary cinematographer PC Sreeram is cranking the camera.