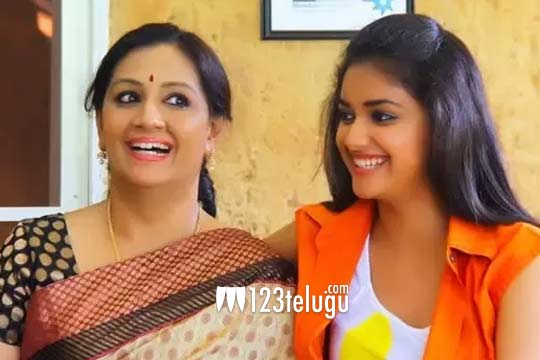 Keerthy Suresh, who acted in films like Mahanati, Nenu Local, Sarkar, is now at the centre of an unusual rumour. For the past few days, a strange rumour has been going on that the actress is a BJP supporter and that she could join the party. While the actress has remained mum about the rumour, her mother, Menaka has issued a clarification about these rumours.

In a statement, Menaka said that the rumour began when Keerthy was spotted in a group photo that the whole family clicked with PM Narendra Modi during the election campaign. Although her father, Suresh Kumar openly supports BJP, Menaka said that Keerthy has not shown any interest in politics.

Meanwhile, the actress is currently in Europe where she is shooting for her upcoming Telugu film. She has also joined hands with Nagesh Kukunoor for a sports drama in Telugu.