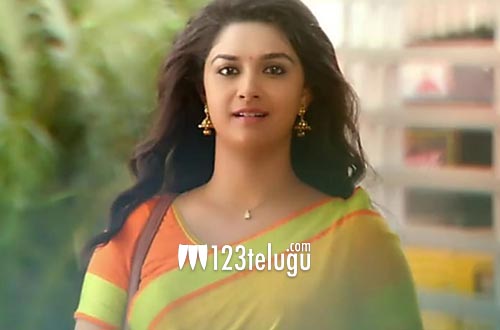 Following the blockbuster Mahanati, Keerthy Suresh signed a female-centric film in Telugu. The film marks her 20th project. Being directed by debutant Narendranath, this as-yet-untitled film is produced under East Coast Productions, the banner that bankrolled Kalyan Ram’s recent hit, 118.

As per the latest updates, Keerthy20’s team will be flying to Europe for a 45 day long schedule later this month. The film also features several prominent actors, and the makers will be coming up with an official announcement soon. The film is expected to arrive in cinemas towards the end of this year. Mahesh Koneru is bankrolling the project.