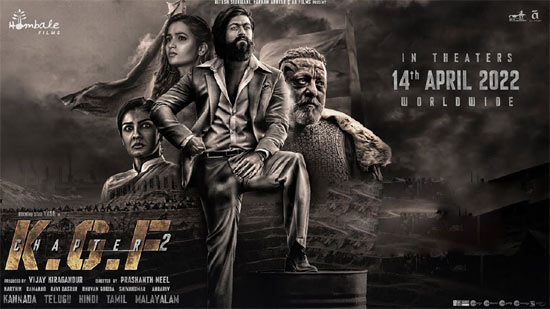 KGF 2 is a film that had a great buzz in Telugu states from day one. The film was released with a perfect plan on a four-day weekend in the country and the result was there for us all to see.

The action drama has now crossed the 85 crores share mark in Telugu states which is a phenomenal number for a Kannada dubbed movie in Telugu.

With these collections, this film is now the biggest hit when it comes to dubbed films in Telugu. Even after so many biggies are playing in theaters, KGF 2 is still intact in some key theaters of Telugu states.