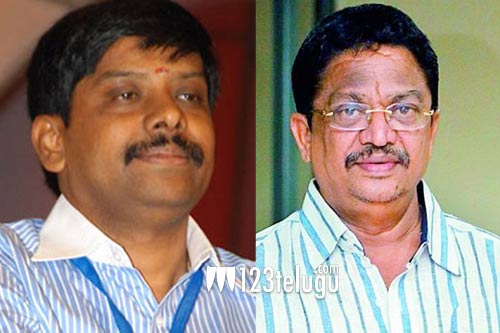 Mahesh Babu-Trivikram’s Khaleja and Pawan Kalyan’s Komaram Puli released in 2010 and turned out to be colossal debacles at the box-office. Incidentally, both the movies were produced by Singanamala Ramesh Babu and C Kalyan was the executive producer on Khaleja.

Now, even after nearly a decade, both the movies continue to make headlines. Popular video distribution companies Shalimar Videos and Universal Home Entertainment had moved the CID Court in early 2011, alleging that Singanamala Ramesh and C Kalyan had threatened them with the help of notorious don Bhanu Kiran in a dispute regarding the films’ DVD and VCD rights.

In their defence, Ramesh and Kalyan had told the court that they didn’t sell both Khaleja and Komaram Puli’s DVD and VCD rights to Shalimar and Universal, as the companies failed to pay the full agreed amount of Rs 52.50 lakh for each movie as per the agreement. They further informed the court that two cheques of Rs 22.25 lakh each was paid while Rs 12.50 lakh cash was delivered twice in the next installment.

On the other hand, both Shalimar and Universal representatives had alleged that C Kalyan had manhandled them in Bhanu Kiran’s presence and even warned them of dire consequences if they met him again. After a long investigation and several hearings, the court today quashed the case due to lack of proper evidence and relieved Singanamala Ramesh and C Kalyan and Bhanu Kiran.