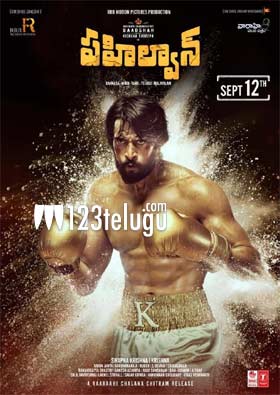 As August is filled with releases, the makers have shifted the film to September. Noted Telugu producer, Sai Korrapti is releasing this film in Telugu.

The film also has Sunil Shetty in a crucial role. This film will also be released in Hindi, Tamil, and Kannada on the same day.