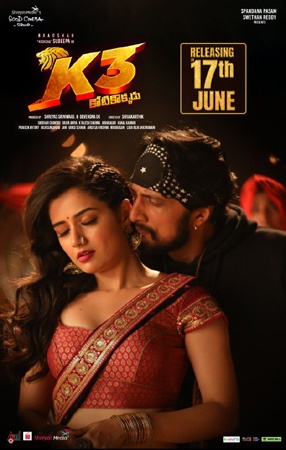 Kannada star actor Kichcha Sudeep will be seen next in Vikrant Rona. Ahead of that, the actor’s other movie is releasing to entertain the Telugu audiences.

Kichcha Sudeep’s Kotigobba 3, which was released in November 2021 is now scheduled to release in Telugu as K3 Kotikokkadu on June 17, 2022.

Kichcha Sudeep played a dual role in this movie. Directed by Shiva Karthik, the movie has Madonna Sebastian, Shraddha Das, Ravi Shankar, Nawab Shah and others in pivotal roles.