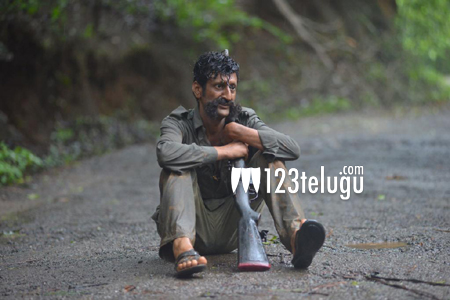 Ram Gopal Varma’s biopic on sandalwood smuggler, Killing Veerappan had some release problems as Veerappan’s wife decided to stall the release. Suddenly, the film which was up for release tomorrow backed out all over.

Latest update reveals that Varma has sorted all the issues with Veerappan’s wife after meeting her personally. Now, the film has been postponed and will hit the screens on the 11th of December.

The bilingual which has Shivraj Kumar in the lead role has created unprecedented craze with each passing day. Shivrajkumar plays the role of a cop who killed Veerappan while Delhi-based theatre artist Sandeep Bharadwaj plays Veerappan.