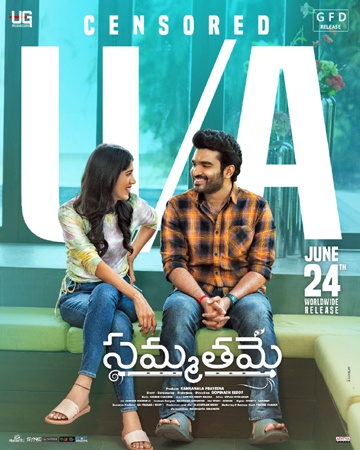 The latest news is that Sammathame has cleared all formalities including the censor. CBFC awarded the film with a U/A certificate. The makers have made an announcement regarding the same.

The promotional content released till date have created a good buzz on the movie. Geetha Film Distributors is releasing the movie worldwide. Produced by UG Productions, the film’s music is provided by Shekar Chandra.