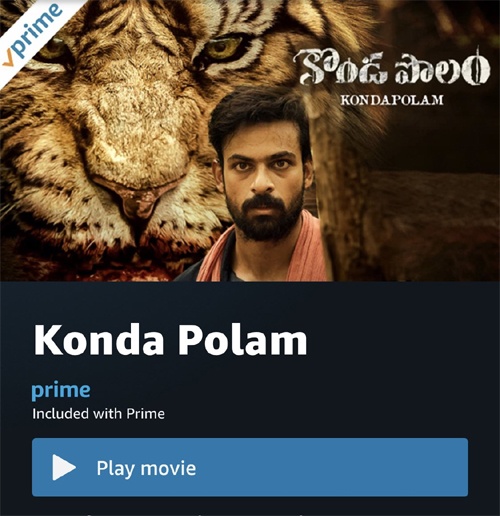 Vaishnav Tej and Rakul Preet Singh starrer Konda Polam hit the silver screens a couple of months ago. The film wasn’t a box office success. Now, it has landed on OTT.

Interestingly enough, neither the makers of the film nor Amazon Prime Video announced Konda Polam’s arrival on OTT.

Konda Polam is a rustic action drama set in a rural backdrop. The film is directed by Krish Jagarlamudi.