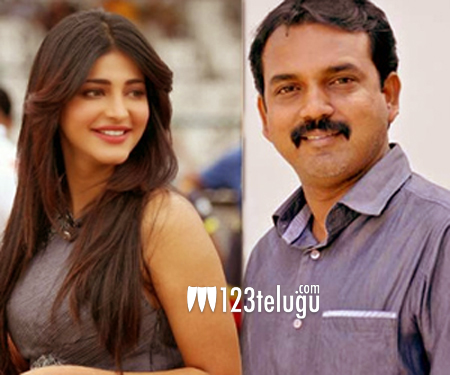 It hasn’t been even a month since the shooting for Mahesh Babu’s latest film with Koratala Shiva had started and the rumor mongers are at it again spreading baseless news. According to some reports, Shruti Haasan had presumably walked out of Mahesh’s film after shooting for a schedule. However, director Koratala Shiva clarified that it was just a rumor and cleared the air before things went out of control.

Koratala also said that Shruti was very much a part of the movie and was preparing herself for the next schedule that will be starting from December 10th. He also expressed his dismay at such gossips and urged the fans to stay away from such fake reports.