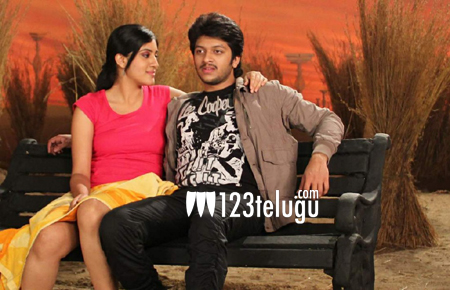 Music Director Koti’s son Rajeev, who made his debut with ‘Note Book’ is yet to get a good success at the box office and is getting ready with the release of his next movie ‘Chinni Chinni Aasa’ in which he will be seen as a software engineer.

The release date of the movie has been confirmed to be on 8th of November. Dhanya Balakrishnan, who has earlier essayed small roles in several movies is the heroine of the movie and she is playing the role of an aspiring model in the movie. This movie is going to be a family entertainer set in the backdrop of an Apartment. Singeetham Sreenivas Rao and Ajay have played pivotal roles in the film.

Dr Kiran is marking his debut as the director with this film and Karthik has composed the music of the album. Sreenivas Garimella has produced this movie on Super Cine Entertainments banner.