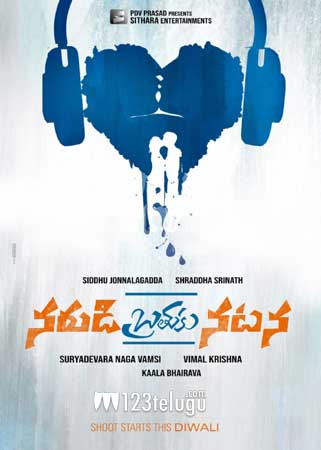 Young stars Siddhu Jonnalagadda and Shraddha Srinath had teamed up with each other for the recently released Netflix romantic drama, Krishna and his Leela. The film had created a decent buzz upon its release.

Now, both Siddhu and Shraddha are all set to share screen space with each other yet another time. Both the actors will be playing the main leads in young producer Naga Vamsi’s new film, which will be directed by debutant Vimal Krishna.

Titled Narudi Brathuku Natana, this crime comedy’s regular shoot will commence from Diwali. Kaala Bhairava will be composing the music.