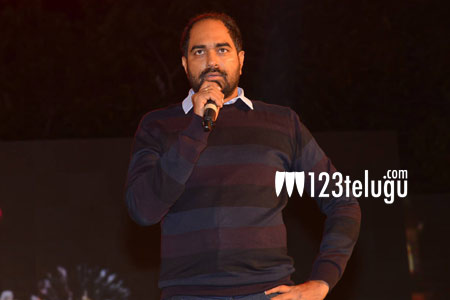 One of the biggest highlights of the audio launch of Gautamiputra Satakarni was the heart touching speech of Krish. The star director said that he has made a lot of sacrifices for this film as he left his newly wedded wife and left for a six-month-long shoot.

He publicly addressed both his mother and wife and promised them that his film will bring a huge name for him. Krish also hailed Balakrishna for portraying the role of an emperor in a stunning note.

Krish also revealed that the massive production was only completed because of the meticulous planning by his producer Raji Reddy. The ace film-maker’s emotions were running high as he thanked each and everyone who made this film possible.