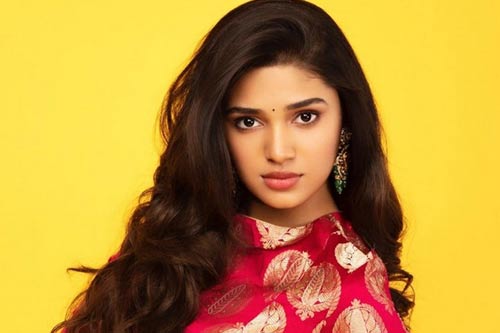 Young actress Krithi Shetty, who impressed the audiences with her performance in Shyam Singha Roy, has interacted with the media today.

Speaking to the media, the bubbly actress said that she was afraid of Nani in the initial days of the shoot. The actress noted that she acted very comfortably because of the hero Nani. The actress also revealed that she never met Sai Pallavi on the sets of Shyam Singha Roy.

Talking about bold scenes, actress Krithi said that she acted in those scenes just like in other scenes and it’s all just a part of the profession. The Uppena actress mentioned that she would like to play different roles and films, especially action films, in the coming days.

Krithi Shetty said that she is also ready to do OTT films. She also noted that she has no intentions to act in any Bollywood movies now.

The actress has a handful of films like Bangarraju, Aa Ammai Gurinchi Meeku Cheppali, Macharla Niyojakavargam and a movie with Ram Pothineni.