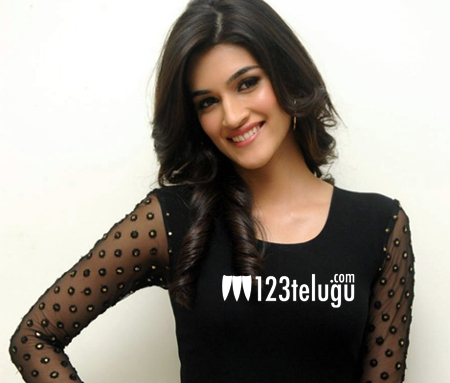 Lanky actress Kriti Sanon, has become quite popular in both Hindi and down South. She has a host of interesting films lined up in multiple languages, and according to the latest update, she has bagged a biggie in Bollywood director Rohit Shetty’s next.

Reports also reveal that Kriti has been zeroed in to share screen space with Shahrukh and Varun Dhawan. A number of heroines have been considered for this role, but looks like Kriti is all set to bag this biggie. She will next be seen opposite Naga Chaitanya in his upcoming film in the direction of Sudheer Varma.