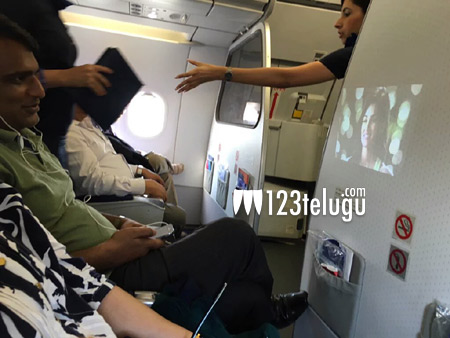 Kriti Sanon, who made her debut with Mahesh Babu’s 1-Nenokkadine, has recently appeared in Shah Rukh Khan’s Dilwale as well. Recently, while on a flight she caught a man sitting next to her watching a pirated version of Dilwale.

It angered her even more as he was projecting the movie through his phone. An upset Kriti tweeted “Someone on flight watching a pirated version of Dilwale on phone in the flight. Annoyed! #SayNoToPiracy.” She also added, “Sad to c the hardwork of so mny ppl bein watched in such pathetic quality! Pls enjoy films in cinemas.”

Incidentally, Kriti also asked him politely to watch the film in a theatre to which the man ignored and continued watching.