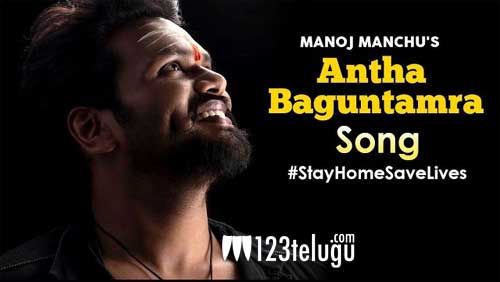 Earlier today, hero Manchu Manoj launched his Antha Baguntamra song which has been getting a lot of applause from fans and industrywallahs. Manoj came up with this song to not only instill confidence in people, but also as a tribute to a all the bravehearts who have been battling the Coronavirus.

None other than Telangana minister KTR has appreciated Antha Baguntamra. He took to Twitter and said described Antha Baguntamra as an “uplifting song” which is “filling our hearts with hope and positivity.” Thanking KTR in his response, Manoj said that he believes that the song can fill some positive hope in many hearts.