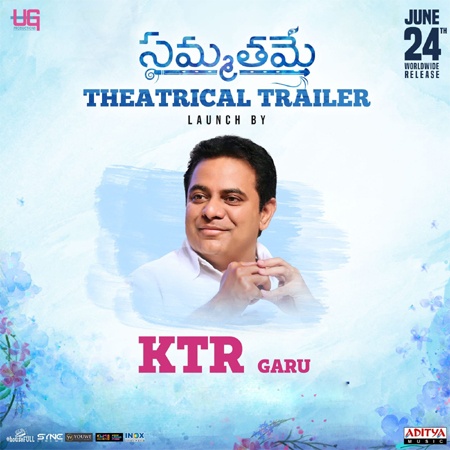 Kiran Abbavaram is ready to entertain his fans and audiences with his latest movie, Sammathame. It’s the debut film of Gopinath Reddy. Chandini Chowdary played the lady love of Kiran in this movie.

The makers have announced that the TRS Minister KTR will launch the theatrical trailer of the movie at 04:05 PM today. The promotional content released so far has created much-needed hype on the film.

Produced by Kankanala Praveena under the UG Productions banner, the film is hitting screens on June 24, 2022, worldwide. Shekar Chandra provided the music for Sammathame.