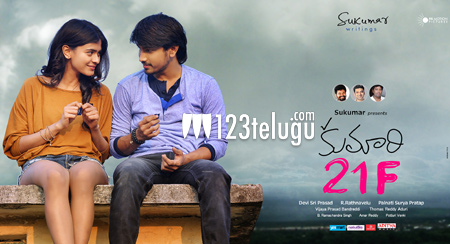 Kumari 21 F has hit the right chord with the younger generation and is going super strong in all its areas of release. The Sukumar production which is in its second week is doing good business in both the single screens and multiplexes.

The film is doing exceptionally well in the interiors areas of Andhra. Also, the mixed response for Anushka’s Size Zero has helped matters for this youthful love story.

Some big names like Ratnavelu, Devi Sri Prasad and Sukumar ensured the film huge openings. Raj Tharun and Hebah Patel lead roles in this film which is directed by Suriya Pratap.