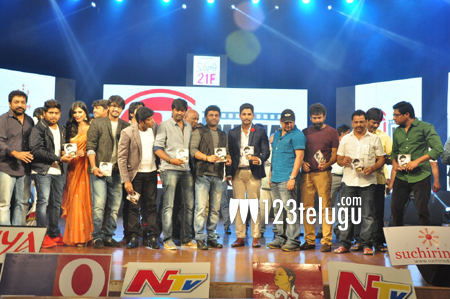 The film’s producer Sukumar thanked his friends and longtime collaborators, DSP and Rathnavelu, for working on his debut production without charging a penny and also recollected his friendship with Allu Arjun since his first film, Aarya.

Leading producer Dil Raju too went nostalgic about his first film with the Sukumar, Bunny, DSP and Rathnavelu combo, Aarya, and congratulated Sukumar on his transformation from being a successful director to a producer. The film’s music composer DSP revealed that everyone worked on Kumari 21F to show their love towards Sukumar.