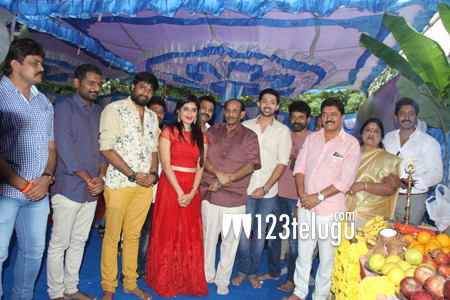 Last year, Kumari 21F was one of the biggest hit and ended up living upto its decent expectations. With such unanticipated success, the film’s remake rights were swiftly sold in multiple languages.

Kumari 21F is now going to be remade in Kannada under Hayagreeva Chalana Chitra by G Sridhar and A Sampath Kumar. Sriman Vemula is going to be directing the flick while Pranam Devaraj, son of Devraj, is making his debut as a lead. Nidhi Kushalappa is reprising Hebbah Patel’s role.

The film was launched earlier today in a ceremony held at Kanteerava Studios in Bengaluru. Sagar Mahati, son of Mani Sharma, is going to be composing the tunes.