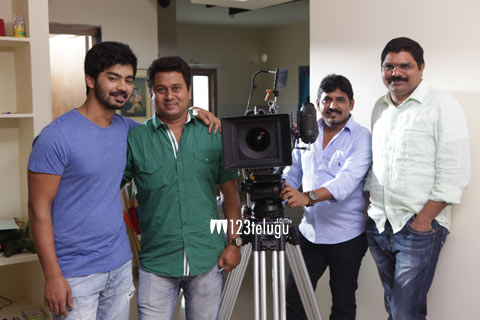 Multi-starrers are slowly picking up pace in Telugu cinema, thanks to some big films which did quite well at the box-office. Of late, there has been a growth in the number of films which have more than two lead pairs. Continuing this trend, Madhura Sreedhar is now producing an upcoming film titled Ladies and Gentlemen, which has as many as four heroes and three heroines. Mahat Raghavendra, Adivi Sesh, Chaitanya Krishna and Kamal Kamaraju are playing the lead roles in this film whereas Swati Dixit, Jasmine and Tejaswini are the lead actresses.

The film’s shooting began earlier this month and a new schedule began today in Hyderabad. Adivi Sesh joined the film’s cast today whereas Kamal is expected to join soon. The other two actors have been shooting for the past couple of weeks. The film is said to revolve around the theme of cyber crime. P B Manjunatha is directing this film and Madhura Sreedhar is co-producing this film, along with MVK Reddy, under Shirdi Sai Combines. Raghu Kunche is scoring the music.